Search
On Posted on March 21, 2018 by elena starnoni to Exhibitions 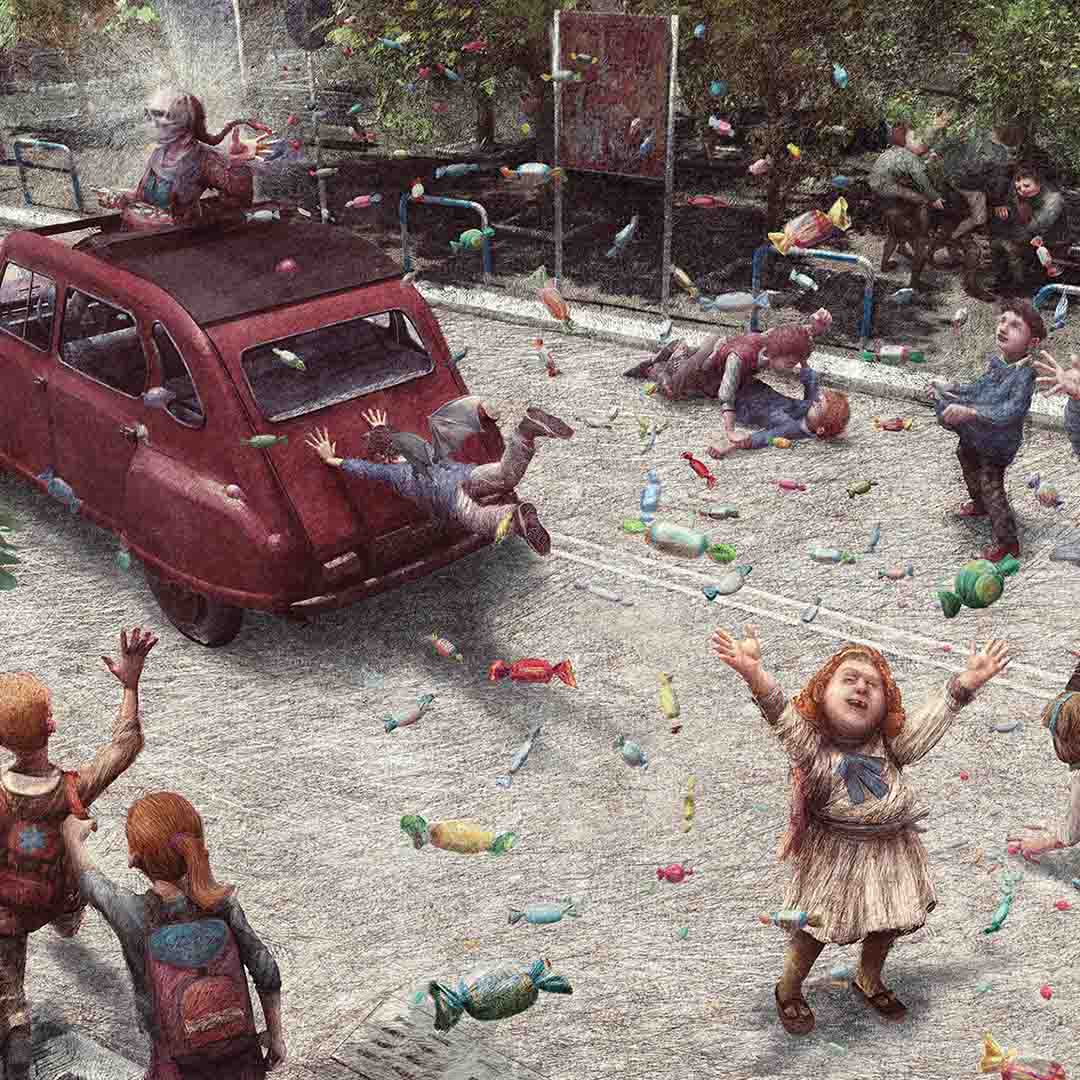 In 2000 he enrolled in the Academy of Fine Arts of Bari, where he learned engraving techniques.

In 2004 he started publishing illustrations and illustrated poems on the blog “A boy and his blog”.

In 2007, he moved to Barcelona where he attended a Master’s program in animation at the University Pompeu Fabra.

In 2009, he moved back to Italy and founded the “Carotide” Cultural Association, which created the “Edizioni così & così” studio, dedicated to cartoons, illustrated books and comics.

In 2014 he decided to set aside these activities and starts studying again to better himself as an author.

Since winter 2017, he has worked on the illustrations for “Odradek”, a project on Franz Kafka, using the scratchboard technique.