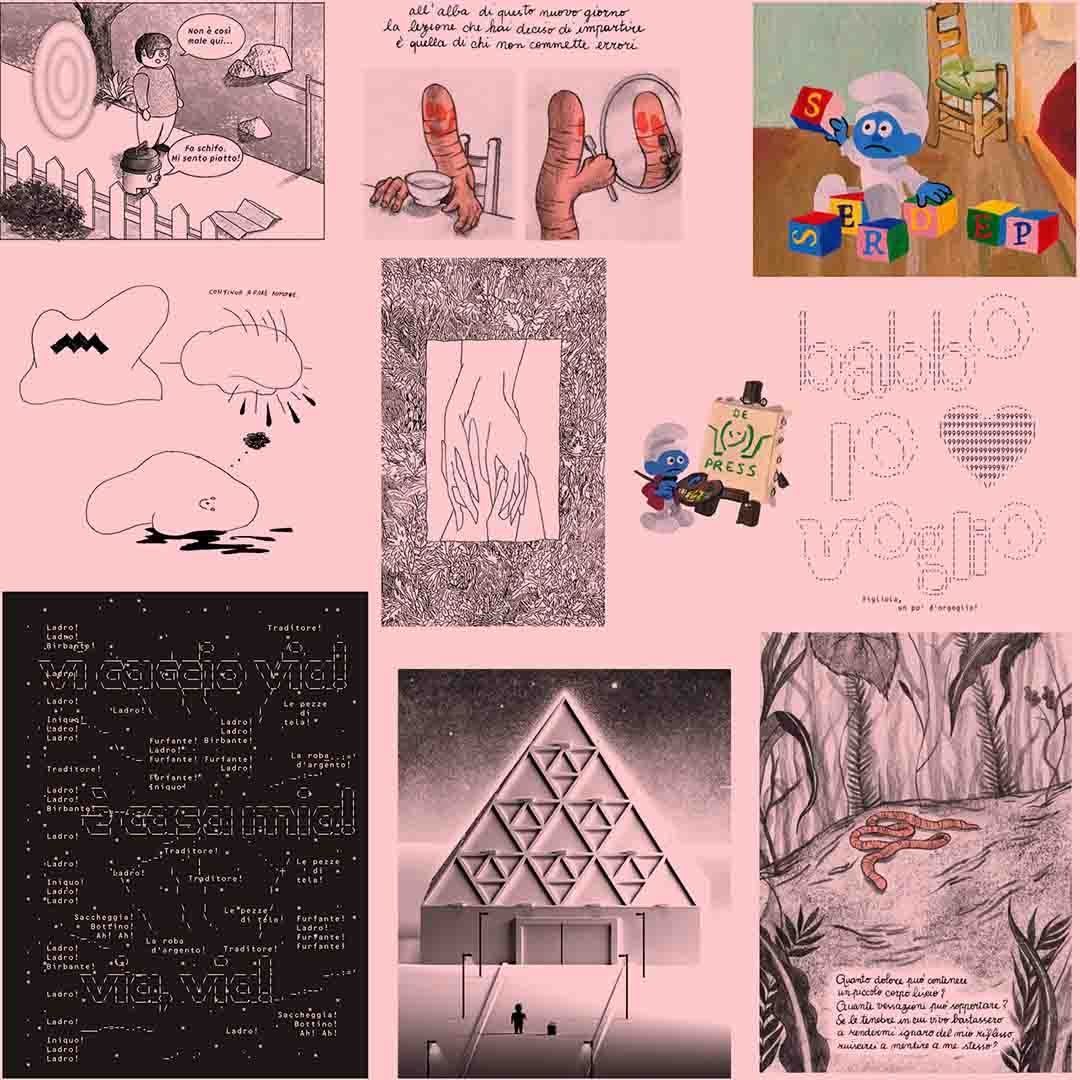 DE PRESS was established in November 2016. Its first publication was “Scusa” by Andrea De Franco. In 2017, Beatrice Bertaccini, Elettra Esposito, Lorenzo Matteucci and Chiara Polverini joined the project. Since then, they have been taking part in many festivals all over the Europe and have established collaborations with many artists, such as Michele Galluzzo, Alice Fiorelli, Mattia Angelini and Fontanesi.
Their fanzines are located in a no man’s land, among comics and art books.