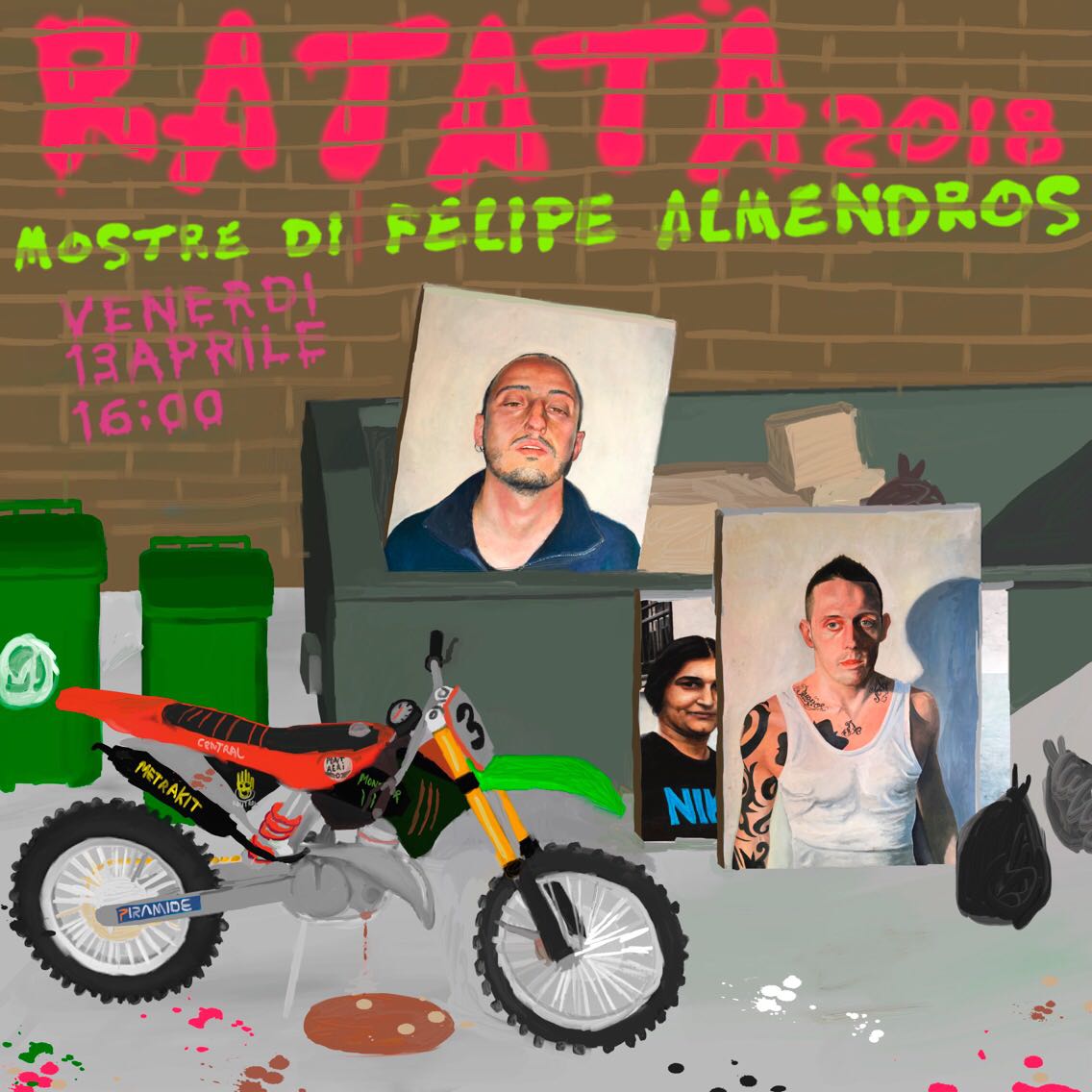 Felipe Almendros (Badalona, ​​1976) is one of those genuine artists whojump the creative abyss without calculating nor the highness or longness  of the jump, without planning theconsequences. It is, without a doubt, one of the most interesting authors of comics in Spain, with a personal and refined artistic universe. Almendros is a rare animal:reads very little comics and confesses that fans of this genre look rather nerd or freak.Inconsciously, he’s considered asan artist who maintains many parallels with the authors with many indie-American-comics authors-VIPs presenting some common guidelines with names such as Chester Brown (even admitting has never read CB stuff) or those included on MOME anthologies published by Fantagraphics.Author of Pony Boy (Glénat, 2007) and of the SOS triptych (Apa-Apa, 2009), RIP(Reservoir Books, 2011) and VIP (Reservoir Books, 2016). In his latest work,experiments with different formats even including a disk offive songs “Dara Prosa”, which completes the bizarre storyof VIP.