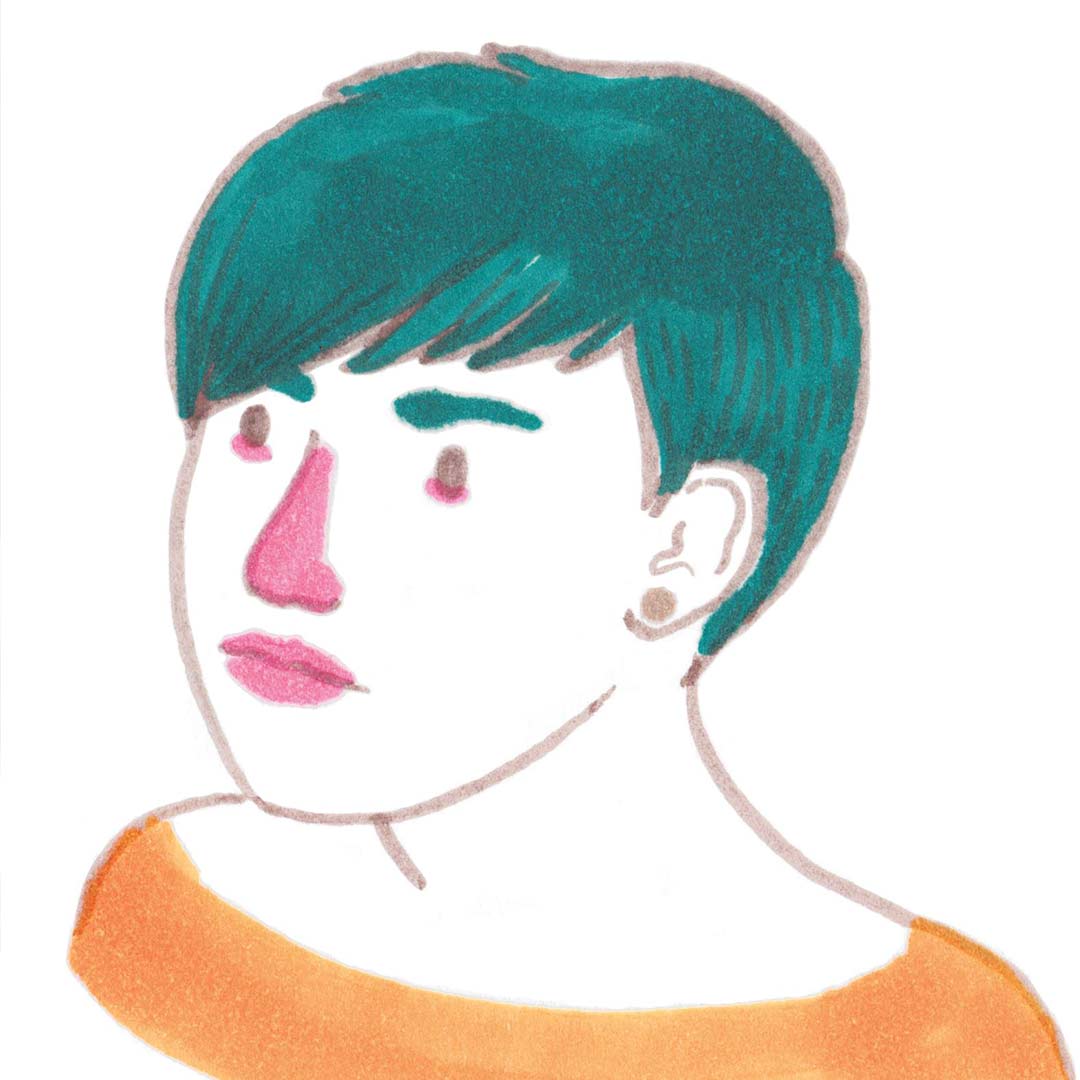 Giulia Cellino, professionally known as RITARDO, is an illustrator and cartoonist from Bologna who is now studying comics and illustration at the ABABO in Bologna.

Giulia Cellino has exhibited her works in festivals such as FRUIT Exhibition – Bologna, AFA Festival – Milano, CRACK Festival – Roma.
Moreover, she has collaborated on many collective projects such as ‘Quel Piccolissimo Giganteschio’ of UOMINI NUDI CHE CORRONO, Gestopo Propaganda of Snuff Comix. At the moment, she is taking part in the creation of a work, still in production, from Toast Zine. She has made a brief comics story “Serrature (October 2015) and a themed volume, “Superfluo” (May 2016), both in a limited edition and distributed in the many festivals she participated in. There are also several digital prints and silk-screen prints of her illustrations.

At Ratatà, she will launch “Lavare a mano”, an unpublished short story that she wrote and drew in Septembre 2016 but it still finishing up.