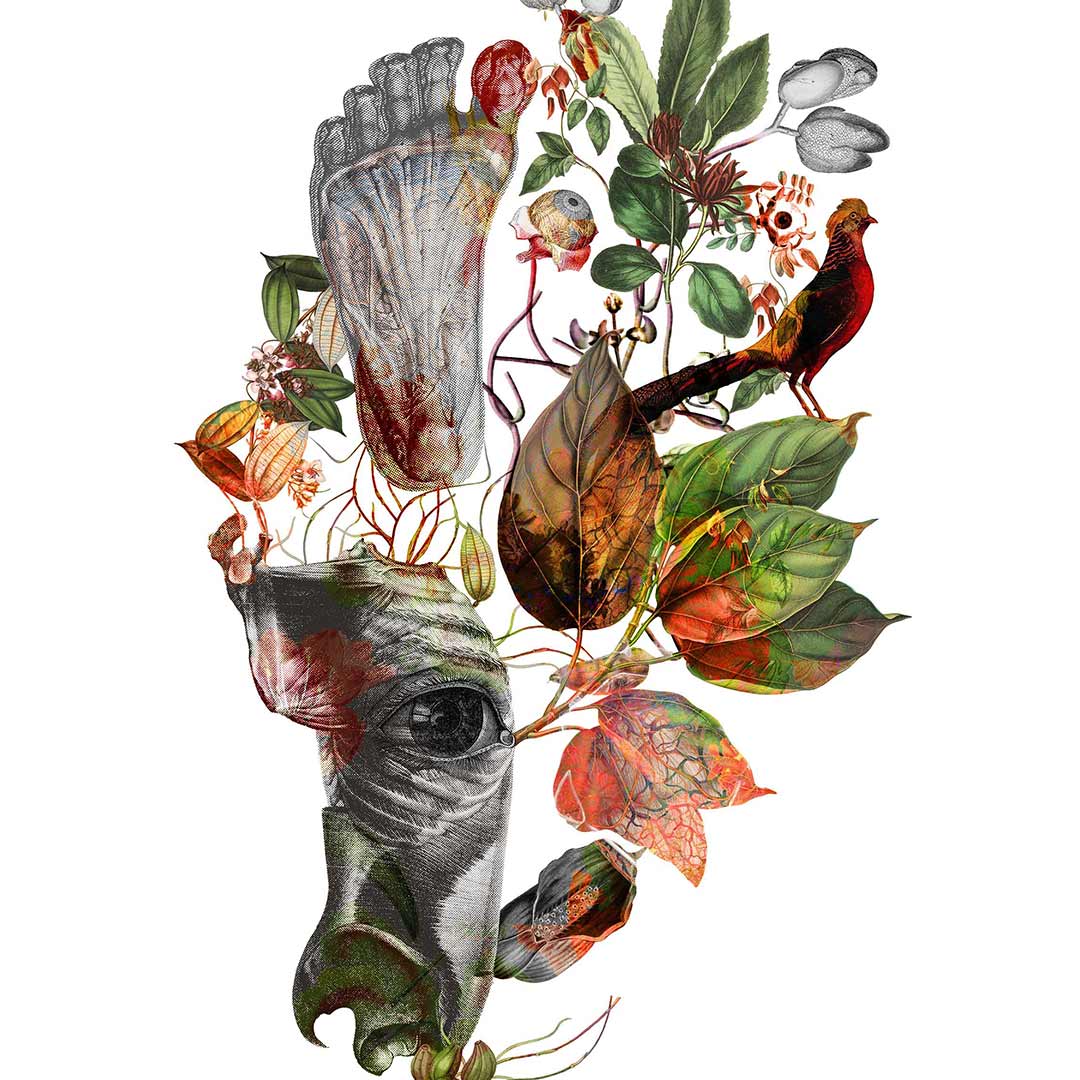 Paola is an Italian artist, who has studied Art and graduated in Architecture, later focusing on Landscape Studies. She is attracted to symbolism, gardens and the harmony of the design process in art, through studies on canvas and temporary installations. Her research goes through many disciplines, like biology, architecture, anatomy, botanic and townscape architecture.

“Organi Botanici” depicts compositions of structural disorder, with a flow of sensitivity inside a landscape made of plants, female and male reproductive organs and organic fibres. Alongside the perimeter of the arteries, the vegetal thread becomes a suture to stitch signs and words, and stands up as the voice of a symbolic unconscious.
The exhibition illustrates emotions as intangible organs that seek shelter occupying physical organs, but modifying them and finding, in their subtle bond, a deeper bond with time and the experiences that run fast and do not leave any certainty.
The compositional language of these botanical/anatomical collage creates an intimate, personal work that, at the same time, is universally relatable on a sensitive standpoint.
Anthropology, archaeology, anatomy and botanic (plus their histories) become the foundation of the artist’s study and turn into “Condotti”, which is made of connecting busts with organs and vegetal appearances.