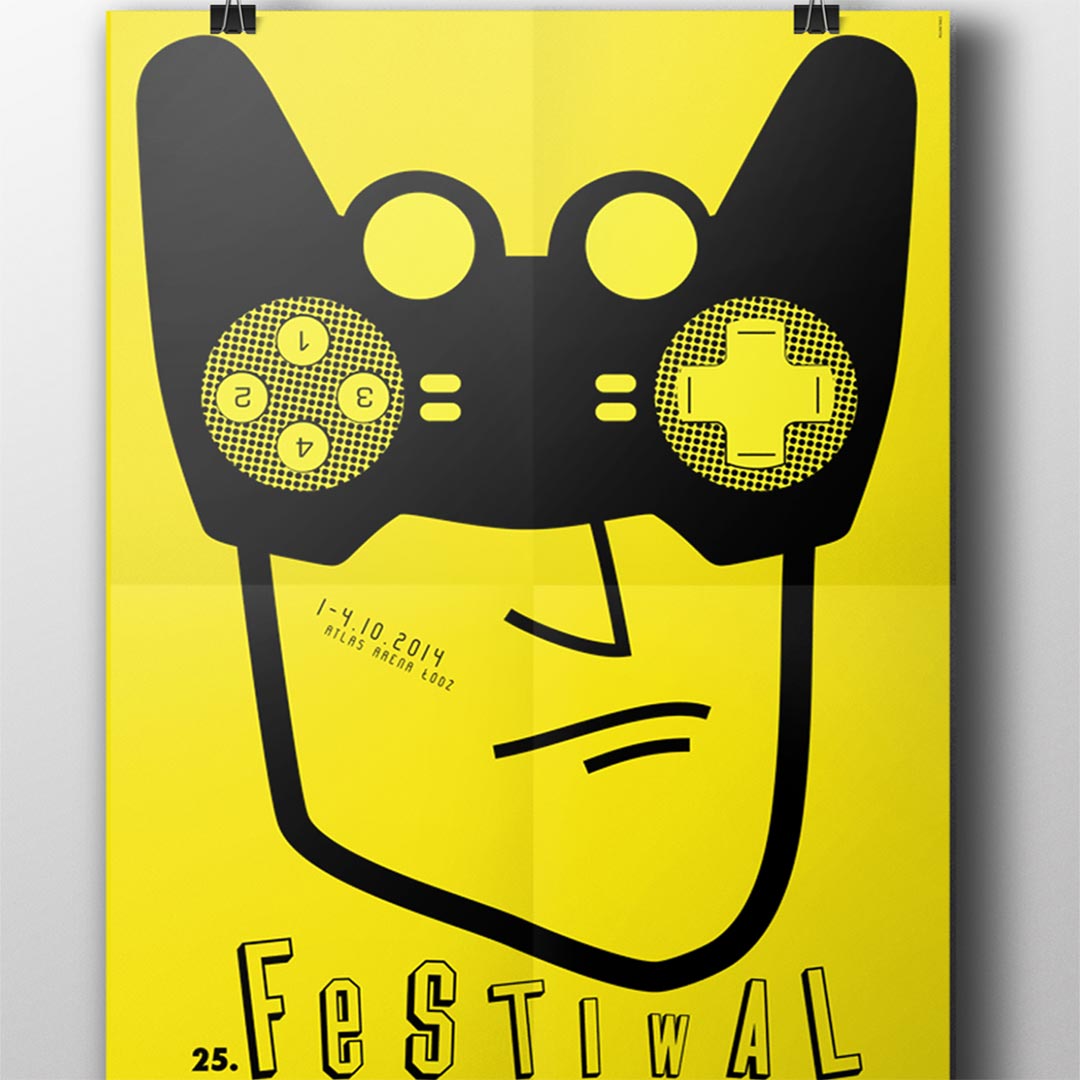 Paulina Tkacz is a graphic designer who lives in the Marche region. She studied at the Academy of Fine Arts in Łódź (Poland), where she majored in posters and packaging design.
Her works were exhibited at the International Biennal of Posters by the students of Novi Sad (Serbia) 2014, at the Łódź Design Festival (Poland) 2014, International Biennal of Posters in Wilanów (Poland) 2014, The Packaging Innovation Fair in Warsaw (Poland) 2013, 15, Posters Fair in Wilanòw (Poland) 2011.
Her main works are:
• RARA- sunscreen
• Comics and games Festival in Łódź
• Pastorałka- theatre play set during Christmas
• Jazz in Blue quartet
• Wiosna Młodych- La Primavera dei Giovani- painting exhibition
• OFF CINEMA- documentary films festival
• Tempo dei Gitani, film by Emir Kusturica
• Characters- psychology magazine

Paula Tkacz’s work will be exhibited at BAR FIRENZE, Pescheria Vecchia 4, from Thursday 20th April to Sunday 23rd April.
Her graphic works were created between 2009 and 2014 and include academic exercises and commercial creations for the promotion of psychology magazines, films by Emir Kusturica, film festivals, theatre plays, comics and games festivals, jazz concerts, painting exhibitions, sunscreens. Each subject is carefully studied to find the right visual language and prove its individuality, in order to combine the informative function with the artistic expression and thus create a game of art and design. Her work is mostly influenced by the Russian constructivist studies, quite popular among the poster designers of the town of Łódź, where she was educated.
Another reference point for the artist is represented by the posters created by the Polish School of Posters, a prestigious school that is more than just an informative medium, but also the individual creation of artworks requested by the public and the collectors.
Her work aims at presenting an emotional involvement with the subjects thanks to humour and metaphors.