Search
On Posted on March 27, 2018 by elena starnoni to Exhibitions 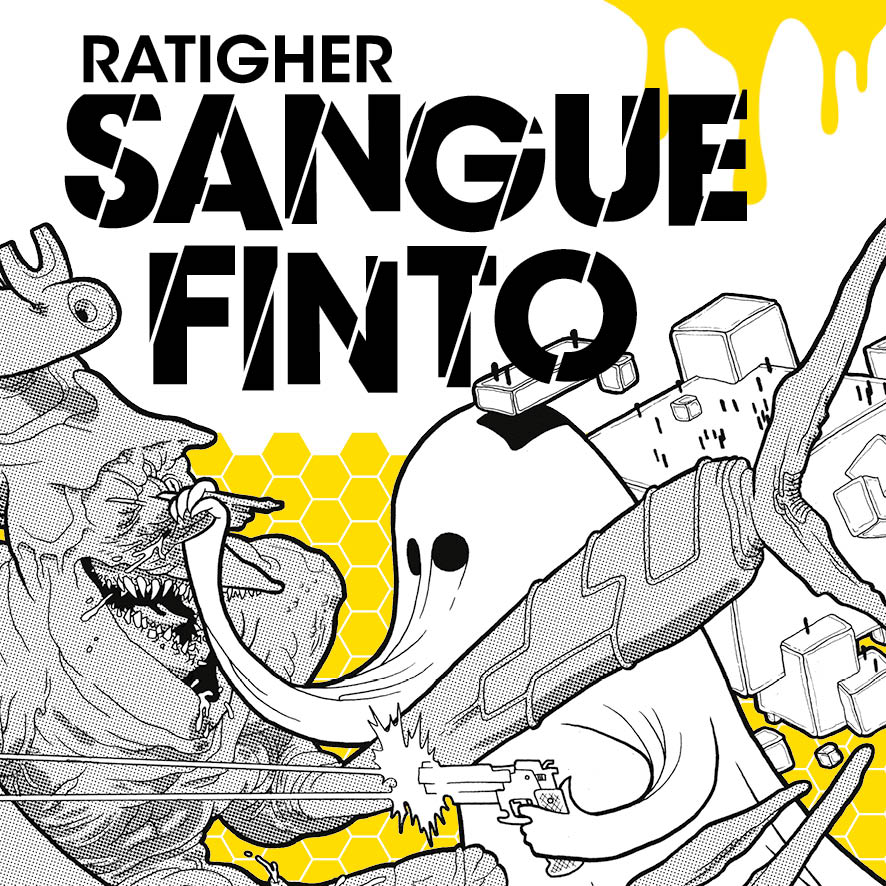 Ratigher was born in 1978. His works have appeared in numerous independent magazines such as Lamette, Nervi, Monipodio, Inguine, on Vice Magazine, on Hobby Comics and on the monthly XL of La Repubblica. He was part of the group of cartoonists Super Amici, along with Maicol & Mirco, Dr. Pira, Tuono Pettinato and LRNZ, with whom he realized, among other things, Pic Nic, the first free comic book press, also covering the role of editor. He is the author of two cult works of Italian comics, Trama (2011) and Le ragazzine stanno perdendo il controllo, self-published with the method “sooner or later” and winner in 2015 of the Micheluzzi and Boscarato Awards. He wrote some episodes of Dylan Dog and in 2016 he participated with a story in the comic anthology La rabbia (Einaudi). In 2017 he published Pterodattilo Fortezza, an anthology of short stories published by Coconino Press and Sangue finto, his first collection of illustrations published by ZOOO.org. He teaches at the IED in Rome. From 2017, he is editorial director of Coconino Press.

SANGUE FINTO is a collection of illustrations presented in a rigorous black and white without any artifice, which highlights the many universes of RATIGHER page after page, restoring the peculiarity of the sign of one of the most visionary underground comics authors of recent years.

A volume of over 160 pages that constitutes the essential documentation of some past luster on the drawing boards to illustrate the absurd. An anthology “without history” that draws not only from the comics that made it famous, but also from posters, covers of disks and magazines, outrageous T-shirts, pages taken from glossy publications or simply photocopied … Sweet Dreams like diabetes or dark as pitch.

ZOOO is a collective of illustrators with an aptitude D.I.O (Do It Ourselves), which takes care of and publishes its books, involving and inviting friends and artists, both Italian and international, who work in illustration, street art and graffiti. They have published with ZOOO: Alessandro Baronciani, Blu, Daniel Munoz, Davide Toffolo, Ericailcane, Escif, James Kalinda, Paper Resistance, Ratigher, Scarful.

ZOOO has been active since 2005 and is based in Bologna.