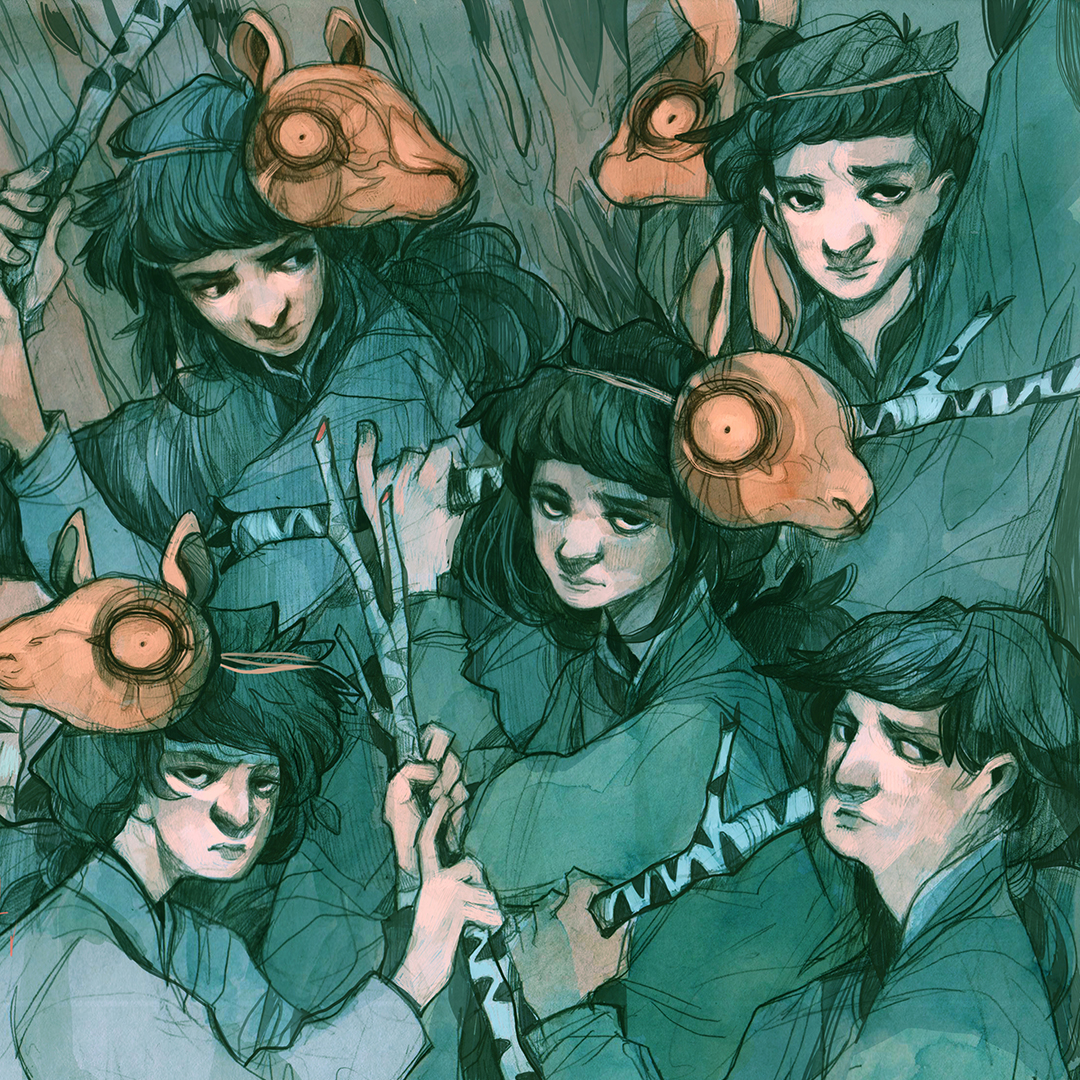 She defines herself as a functional neighbour. What is the meaning? Who is Diana Naneva and what is her artistic background?

Functional Neighbour is the drawing creature with everlasting motivation. It came out as a name when I was 17, being entirely obsessed and keen on being “functional” as worthy and useful for myself and others, “neighbour” as being close as possible. Other than that, I was born in Varna, Bulgaria started out as a Printmaking enthusiast, without any clue how things would turn out. Back in the days it was all about enjoying the worries and drawing. Some things haven’t changed, still enjoying the worries, still drawing. So far this got me into making more and exploring new ways of expression and telling my own stories. Recently I am more and more diving into the very slightly explored world of zines, comics and illustration. For the past few years I worked with several comic book writers, poets, small publishing houses and developed persistence and fondness for both short and long-term projects, collaborative and personal work as well. So far I published 3 books Independently. The first one was called “Escape Season” and it came as a Short Comic Anthology combining poetry with sequential art published in 2014. Second one came in 2016 “Regrets and Recreations” – an honest small tale told in 32 illustrations with lots of regrets and blue fire. Third one is my newest finished Artbook “Year of Brances” collecting most of my work done on the road and travelling around in 2017, being inspired by most controvertial or weird or lovely, or horrifying (or maybe all things at once) situations. Things I’m bringing with me on Ratata as well…

I like you drawing style. Who are your inspirations?

My inspiration comes usually from real life situations, relationships and conversations. I like to find hidden symbols and signs in surroundings. Whenever comes to personal work it has always been enjoyable to describe an emotion or a feeling without  self-censorship.Usually it’s easiery for me to keep a Visual Diary and somehow illustrate my own opinion on a certain situation. I don’t believe I have the same power and freedom with words. When it comes to style itself, things that influenced me for the past few years were the works of  Em Partridge, Aleksandra Waliszewska, Francesco Dossena, Anastasia Kim(Phobs) etc. I’m still being over and over impressed by fellow artists and locals as well.

Why did you decide to partecipate in Ratatà festival?

I like the premise and the concept of the festival.I found it as an interesting opportunity to meet new people, artists, styles and ways. I haven’t been to many zine fairs yet , but I’m always interested to see other points of view. Present my own work, see other people’s work, get inspired…Maybe all the usual stuff.

Can you send a greeting for Macerata and Ratatà?

Macerata and Ratata, you are both things I haven’t expirienced nor explored so the best is the yet to come right?