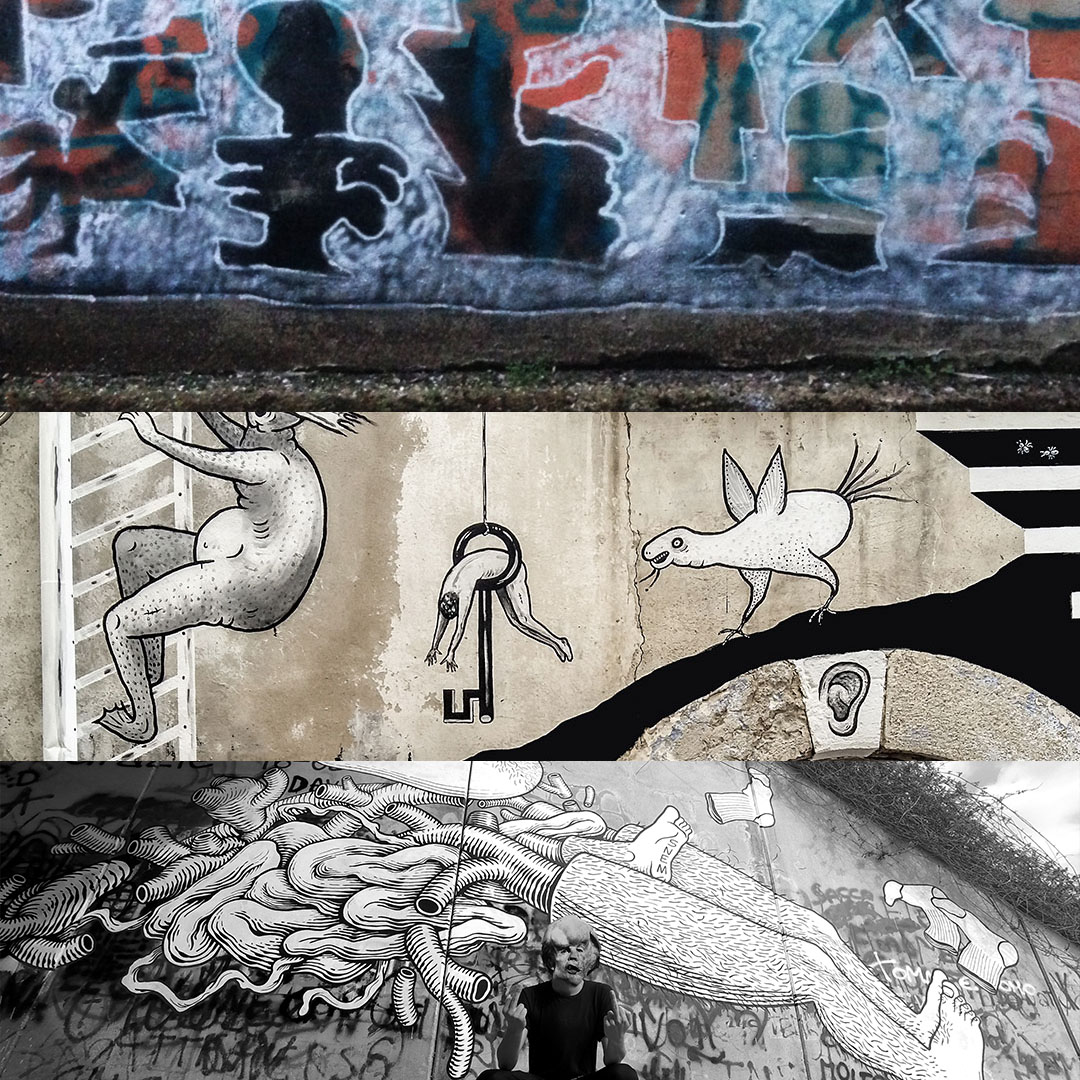 GUERRILLA SPAM
Guerrilla SPAM was born in November 2010 in Florence as a spontaneous unauthorized billposting action in urban spaces, without a name nor a clear intent. Since 2011 several works on the streets come in succession, both in Italy and abroad, showing a strong interest in social issues and the relation between the individual and public spaces, and preferring illegal urban action over an official, authorized event. The “Shit Art Fair” has been held in Turin for three years in a row, starting in 2003. This exhibition boasts its dissimilarity from the traditional art fairs. Both Italian newspapers, such as “La Repubblica”, “Il Corriere della Sera” and international newspapers, such as “The Economist”, have mentioned Guerrilla Spam’s work.

He starts to work on graffiti in 2003, but he later stems away from the style virtuosity of spray paints, developing a strong interest in body composition and in what is usually considered grotesque. In 2013 he begins to work on several urban actions in Italy and abroad, mostly using mural painting and the poster art technique. His work is strictly linked to the use of public space, which he develops through unauthorized actions. At the moment, he is working in Turin and Venice.

FRENULO
His artistic production shows influences from graphic art, chalcography and skateboarding; since 2014 he has experimented the urban space through paintings, posters and graffitis, developing and aesthetic inspired by art brut and abstractism in paint.